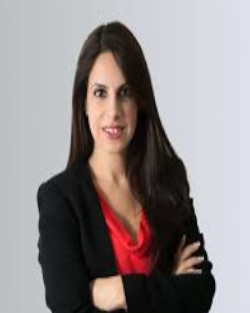 Anna is a Partner in the firm’s Aviation Group and heads the firms Travel practice. She also has a good understanding of UAE law, having spent seven years in the UAE where she headed the Middle East Aviation and Dispute Resolution practices of another international firm

Anna has considerable in-house experience, having spent some years as Group General Counsel for the Air Arabia Group, one of the Middle East’s leading airline groups with bases in the Middle East & Africa and 20 aviation related subsidiary companies including: ground services, MRO services, travel, hotels, and IT. She was responsible for both the Legal and the Insurance claims functions of the Group as well as taking an active role in strategic development. Anna also previously spent time in-house with the Emirates Group Legal department.

She advises on a range of Aviation and Travel law matters, including: aviation liability and commercial litigation, aviation and travel regulatory, commercial and transactional matters.

Anna has handled a number of aviation liability accounts for underwriters and has had day to day responsibility for many high profile and complex aviation major losses, including the passenger, crew and third party claims arising from: Air France Concorde; Egyptair flight 990; Tarom Airlines flight 371, Tarom Airlines Flight 3107; Sudan Airways flight 109; Turkish Airlines flight 634; and Pamir Airways flight 112. She heads the team responsible for handling Regulation 261 claims for a number of clients, handling around 3,000 claims each year on average.‎