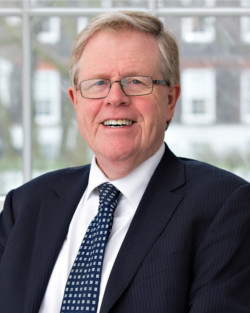 During his practice at the Bar, Sir Rupert appeared as counsel in both domestic and international arbitrations, principally in London and Hong Kong. He also sat as arbitrator.

Sir Rupert was appointed to the High Court bench in January 1999. He served as judge in charge of the Technology and Construction Court from 2004 to 2007. He presided over the heaviest construction and engineering cases coming before that court, including several long actions concerning the construction of Wembley Stadium. He dealt with many arbitration applications and appeals, as well as numerous issues arising from adjudications.

In October 2008 Sir Rupert was appointed to the Court of Appeal. In 2009, Sir Rupert was entrusted with the task of reviewing the funding of civil litigation and the procedural rules, to make recommendations for promoting access to justice at proportionate cost. He proposed wide-ranging reforms. These were introduced in 2013 and are working well. In 2016 he was asked to propose further reforms. He published a Supplemental Report in July 2017, which the Government is currently considering.

As a lord justice of appeal, Sir Rupert undertook a wide range of work and gave leading judgments in many areas of the law.

Both as a High Court judge and as a lord justice of appeal, Sir Rupert gained a reputation for delivering judgments promptly and for clarity. His judgments are divided into separate parts and clearly signposted for the assistance of readers. Since retiring as a full time judge, Sir Rupert continues to sit occasionally in the Court of Appeal.

Sir Rupert now practises as an arbitrator, adjudicator and mediator. Since returning to chambers in March 2018, he has been appointed as arbitrator in numerous international arbitrations. He has also conducted some domestic adjudications.

Sir Rupert has undertaken mediation training and is now a CEDR accredited mediator.

Sir Rupert is an Honorary Professor in the UCL Faculty of Law and an Honorary Fellow of Jesus College, Cambridge