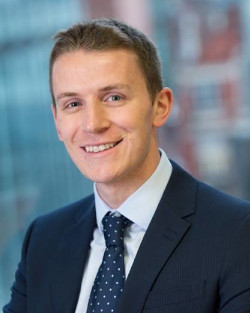 Edward is a Senior Associate based in Manchester specialising in catastrophic injury and large loss claims.

Edward completed his training contract at DWF and qualified as a solicitor in 2011.

Edward is instructed by a range of UK insurers on serious injury claims involving complex liability and quantum issues. He also assists the partners in the team with major bodily injury claims, including traumatic brain injury, spinal cord injury and amputee claims.

Outside of work, Edward's interests include football, cricket and tennis.