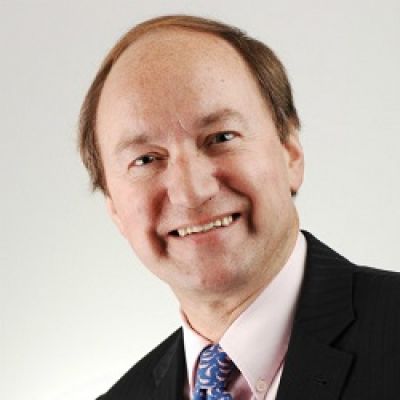 David Hodson is a highly experienced family law dispute resolution specialist, especially involving an international element or complex assets or issues.  He is co- founder and a partner at iFLG.

In 2015, David was appointed a visiting Professor of the University of Law, to give keynote speeches on the future of family law and to assist in the future direction of legal education for family law. It does not affect his day-to-day casework and other professional commitments

After training and qualifying in Southampton, David spent 10 years at City of London law firms. David was a partner in City of London firm Theodore Goddard as head of their Family Law Department and then Frere Cholmonley Bischoff (later Eversheds). In 1995, he was joint founder of probably the world’s first metropolitan practice to combine family lawyers, mediators and counsellors and with an emphasis on a conciliatory and holistic approach. It was subsequently copied in many practices across the world. From 2003 to 2005 he worked in Sydney for a leading family law firm, qualifying as an Australian lawyer. He retains his entitlement to practice as a solicitor and barrister in Australia.

In 2007 he co-founded iFLG with Ann Thomas, the world's first law firm specifically dedicated to serving international families and their children and families with international, foreign assets.

He was chair of the Family Law Review group of the Centre for Social Justice which in July 2009 produced a report, “Every Family Matters”, a ground breaking set of major reforms of all aspects of family law, in order to support families, marriage and children. It has been well received and parts have been endorsed by the political parties and others involved in family law and has prompted changes in the law. In 2014 he was made a Fellow of the Centre for Social Justice.

He is author and editor of "The International Family Law Practice" published by Jordans the leading textbook on the international aspects of family law work. The 5th edition was published December 2016. With Ann Thomas, he is author of “When Cupids Arrow crosses National Boundaries: A Guide for interntaional families”, a simple Q&A guide for people who wish to distill the complexities of international family law issues. Both publications are available via iFLG.

He is also author of “Divorce Reform: a Guide for Lawyers and Mediators” (Thompson Reuters), “The Business of Family Law” (Jordans), “SFLA/Resolution Guide to International Family Law” and consulting editor of “Butterworth’s Family Law in Europe”.

He is an Accredited Family Law Specialist (with portfolios in Substantial Assets and International Cases), a Fellow of the International Academy of Matrimonial Lawyers, a past trustee of Marriage Resource, a Fellow of the Centre for Social Justice and a member of the Family Law Section of the Law Council of Australia. He has been a member of the Lawyers Christian Fellowship since his days as a trainee solicitor.

David is ranked as a 'Leading Individual' in the Legal 500 UK Guide 2017 and described as'‘extremely knowledgeable, sharp and reliable.’

In November 2011 he received the prestigious inaugural Jordans Family Law Commentator of the Year award for his outstanding contribution to commentary on family law matters, as voted by family lawyers.

David has written and spoken extensively on family law including many conferences abroad. Copies of his papers can be obtained via iFLG.