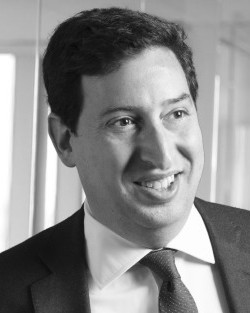 Partner and Co-Leader, Antitrust and Competition

Andrew Hockley is Head of Bryan Cave Leighton Paisner's Antitrust & Competition practice. He has extensive experience in the mainstream competition areas of mergers, cartels, abuse of dominance, distribution and other commercial relationships.  Andrew also advises a number of the UK’s leading utilities, their counterparties and investors on issues of economic regulation.

Andrew is recognised for building a market-leading Competition Litigation practice, advising both defendants and claimants on the most important cases in the UK.

Prior to joining Bryan Cave Leighton Paisner, Andrew was Competition Counsel at BP plc and responsible for advising all areas of the business on competition law and regulatory matters. Andrew has also worked in private practice in Brussels and London, where he has represented clients on numerous high-profile cases before the European Commission and national competition authorities and regulators around the world.

Andrew holds post-graduate qualifications in competition law and economics from Kings College London. He is an English-qualified solicitor, a former member of the Brussels Bar and contributes actively to numerous competition and regulatory law publications, organisations and events.

Andrew is ranked as one of the UK’s leading competition lawyers in Legal 500 and Chambers & Partners, and is recognised as a Thought Leader in Global Competition Review’s Who’s Who 2019.